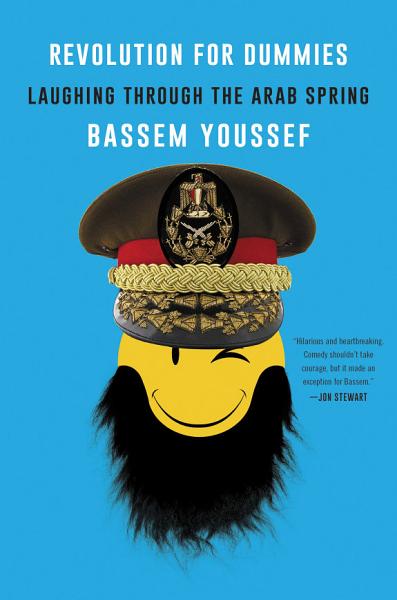 “Hilarious and Heartbreaking. Comedy shouldn’t take courage, but it made an exception for Bassem.” --Jon Stewart "The Jon Stewart of the Arabic World"—the creator of The Program, the most popular television show in Egypt’s history—chronicles his transformation from heart surgeon to political satirist, and offers crucial insight into the Arab Spring, the Egyptian Revolution, and the turmoil roiling the modern Middle East, all of which inspired the documentary about his life, Tickling Giants. Bassem Youssef’s incendiary satirical news program, Al-Bernameg (The Program), chronicled the events of the 2011 Egyptian Revolution, the fall of President Hosni Mubarak, and the rise of Mubarak’s successor, Mohamed Morsi. Youssef not only captured his nation’s dissent but stamped it with his own brand of humorous political criticism, in which the Egyptian government became the prime laughing stock. So potent were Youssef’s skits, jokes, and commentary, the authoritarian government accused him of insulting the Egyptian presidency and Islam. After a six-hour long police interrogation, Youssef was released. While his case was eventually dismissed, his television show was terminated, and Youssef, fearful for his safety, fled his homeland. In Revolution for Dummies, Youssef recounts his life and offers hysterical riffs on the hypocrisy, instability, and corruption that has long animated Egyptian politics. From the attempted cover-up of the violent clashes in Tahrir Square to the government’s announcement that it had created the world’s first "AIDS cure" machine, to the conviction of officials that Youssef was a CIA operative—recruited by Jon Stewart—to bring down the country through sarcasm. There’s much more—and it’s all insanely true. Interweaving the dramatic and inspiring stories of the development of his popular television show and his rise as the most contentious funny-man in Egypt, Youssef’s humorous, fast-paced takes on dictatorship, revolution, and the unforeseeable destiny of democracy in the Modern Middle East offers much needed hope and more than a few healing laughs. A documentary about his life, Tickling Giants, debuted at the Tribeca Film Festival in 2016, and is now scheduled for major release.

Authors: Bassem Youssef
Categories: Biography & Autobiography
Type: BOOK - Published: 2017-03-21 - Publisher: HarperCollins
“Hilarious and Heartbreaking. Comedy shouldn’t take courage, but it made an exception for Bassem.” --Jon Stewart "The Jon Stewart of the Arabic World"—the creator of The Program, the most popular television show in Egypt’s history—chronicles his transformation from heart surgeon to political satirist, and offers crucial insight into the Arab

Authors: Martin Lundqvist
Categories: Fiction
Type: BOOK - Published: - Publisher: Martin Lundqvist
Keila is the perfect revolutionary: Lacking things like intelligence, sanity or common sense, She has something far more important: plot armour and the telepathic help of Rangda, the evil space demon! This book is the sequel to Divine Space Gods: Abraham’s Follies and is dark comedy parody on The Divine

Doing Business in China For Dummies

Authors: Robert Collins, Carson Block
Categories: Business & Economics
Type: BOOK - Published: 2011-02-10 - Publisher: John Wiley & Sons
Navigate China's business culture and etiquette The fun and easy way to grow your business in China This authoritative, friendly guide covers all the basics, from the nuts and bolts of Chinese business and bureaucracy to negotiating with your Chinese partners. You'll also get the know-how you need to manage

Authors: Dr. Anasse Bari, Mohamed Chaouchi, Tommy Jung
Categories: Business & Economics
Type: BOOK - Published: 2014-03-06 - Publisher: John Wiley & Sons
Combine business sense, statistics, and computers in a new and intuitive way, thanks to Big Data Predictive analytics is a branch of data mining that helps predict probabilities and trends. Predictive Analytics For Dummies explores the power of predictive analytics and how you can use it to make valuable predictions

Authors: Scarlett Ross
Categories: Biography & Autobiography
Type: BOOK - Published: 2011-05-09 - Publisher: John Wiley & Sons
Nostradamus made simple-a surefire prophecy of success! Michel Notredame, or Nostradamus (1503-1566), was a French physician, astrologer, and prophet whose books of visionary four-line verses have intrigued and beguiled readers for hundreds of years. Now, with this fun and easy guide, everyone can finally get a handle on Nostradamus and

Authors: Lisa Paddock
Categories: Political Science
Type: BOOK - Published: 2011-04-22 - Publisher: John Wiley & Sons
Gives you the scoop on how the Court reaches its decisions Get involved and track a case through the system This fun and easy guide demystifies the federal court system by describing what kinds of cases the justices hear, outlining how cases reach the Supreme Court, clarifying legal terms, and